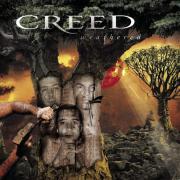 Any hopes of resolving the great "Christian/Non-Christian" debate are even more obscured by Creed's latest contribution, Weathered. Dark, cryptic rock still prevails on their most spiritual album to date, bringing along with it more questions, fewer answers, and excess listening enjoyment all in Creed's trademark style. 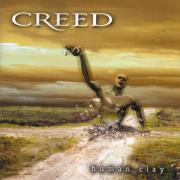 Synonymous with teen angst, depressing lyrics, and loud power chords, the early 90's grunge era brought to light such "inspiring" acts as Alice in Chains, the Smashing Pumpkins, and Nirvana (not to mention dc talk's little flirtation with the genre in 1995's get-on-the-bandwagon album Jesus Freak). 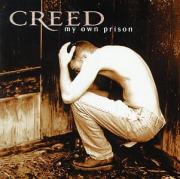 When Creed finally "burst" onto the scene, with hit singles and interviews on major entertainment shows, I'd already discovered them. Long before they were being hailed as the saviours of rock music itself, I had spun My Own Prison about ten times. When fools were rushing in to label them "Christian" without having heard their album...well, you get the idea. I was deeply impressed with Scott Stapp's highbrow, introspective lyrics and his unique, aggressive vocals.