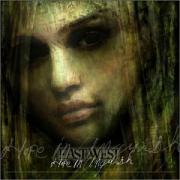 The freshman release from Orange County hard rockers East West, 2001's The Light in Guinevere's Garden, was a breakout success. With Garden pulling down the Dove Award for Hard Music Album of the Year, copious Christian and mainstream chart time and nearly universal critical praise, the follow-up effort, Hope in Anguish, indeed has some pretty big shoes to fill. Songs like "Drink Me," an engaging, pop-inclined version of much of what appeared on Guinevere's Garden, find the SoCal foursome well up to the task.