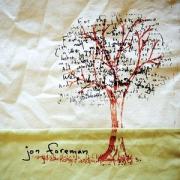 Try as they may to be objective, even the most serious musical analyst, if they're being truly honest, will tell you that their favorite songs aren't necessarily the ones that make it to the top of the charts, or those whose composers are the most technically proficient or even the ones that the highest number of their fellow critics laud as essential. No, the music they hold nearest and dearest is almost always that which calls to mind a defining moment in their past; whether it be the unity candle song from their wedding, the closing number from the senior prom or, for those in the baby boom contingent, the first 45 RPM record they ever bought.

It was in this spirit of time-dependent evocativeness that Switchfoot front man Jon Foreman retreated to the friendly confines of his living room to make a set of four six-song solo albums that would, he hoped, conjure up images of the seasons after which they were named. Released individually between November of 2007 and June of 2008, the critically-hailed Fall, Winter, Spring and Summer EPs found Foreman, armed with only an acoustic guitar and adding a minimum of additional instrumentation, using highly confessional language to bare his soul on the subjects of death, decay, rebirth and renewal.

Those who haven't heard the EPs might assume that Limbs & Branches, which combines cuts from each of the EPs with two new tracks, would sound like a slightly less polished version of acoustic-based Switchfoot cuts such as "Twenty-Four" or "Let That Be Enough." While such a comparison is accurate in the roughest sense, the bulk of Limbs' songs, unlike those mentioned above, are cut from a decidedly less pop-oriented cloth. The loping, country-inflected "Behind Your Eyes" is anything but part and parcel for the average Switchfoot release. The Dylan-meets-Cash-inclined "The Cure for Pain" and the magnificent old time gospel/country hybrid, "The House of God, Forever," would have been likewise out of place on Foreman's pre-solo records. And the mariachi horns at the beginning of "A Mirror Is Harder to Hold" are most certainly a first for any Foreman-penned piece.

While hearing the songs on Limbs within the context of their respective EPs might make for a marginally more engaging listening experience, it isn't an absolute necessity since the tracks themselves feature a textural similarity that fits them together into a seamless, coherent whole. Additionally, the seasonal distinctions between the EPs weren't necessarily cut-and-dried to begin with. "Behind Your Eyes," from Winter, for example, has a more lilting melody line than nearly all of its cohorts from Spring. Conversely, the temperament of songs like "A Mirror Is Harder to Hold," from Summer (His eyes are getting old/ Such a lonely man), is anything but sunny. Indeed, except for more obviously-titled examples like "Learning How to Die" (from Winter) and "Resurrect Me" (from Spring), a first-time listener would have a difficult time matching most of the tracks on Limbs to their parent EPs.

Objectively speaking, Foreman's decision to travel the stripped-down, lo-fi route renders the songs on his solo efforts slightly less potent and immediately accessible than their Switchfoot counterparts. This is particularly true of "Over the River" and "Broken from the Start," both of which were written specifically for the Limbs compilation (and neither of which justifies its purchase for those who already own the EPs). That said, while Foreman's latest material lacks the immediacy of the average Switchfoot single - the irresistible pop hooks of "We Are One Tonight," the infectious bombast of "Stars," or the endearing quirkiness of "Chem 6A" - its sparser arrangements afford it a heightened sense of intimacy and allow for a greater appreciation of his honest, insightful songwriting and distinctive, world-weary voice - key elements that tended to get buried underneath the barreling, riff-heavy textures that informed much of his band-based material.

Ironically, it may be the members of alt-pop and hard rock crowds - who afforded Foreman the liberty of his musical sidestep in the first place - that have the hardest time appreciating his newest compositions given that they are so radically different from his former work. This nugget of insight, though, will arguably be all but lost on Foreman himself, whose goal in creating his seasonally-themed EPs likely had very little to do with how he figured they might be received. To be sure, one listen to Limbs should convince all but the most cynical of listeners that the talented Californian composed his solo material not as any sort of vanity project, but rather because, as a songwriter, he yearned to express the full measure of his artistic capacity and because, as a believer, he is driven by a zeal and longing that will allow him to do no less. In the final analysis, it is these twin deep-seated passions that render Limbs & Branches one of Foreman's most consummately interesting and inspiring works to date.